For anything else, please e-mail to: info@coastroadonline.com

May is National BBQ Month

5 Things You Should Know Before Buying a Grill

may is BBQ month

The form of teppanyaki most familiar to North Americans involves cooking steak, seafood, rice andamp; vegetables and pracically anything else directly on a hot metal surface. This style of cooking is often known by the name of hibachi, with the restaurants often referred to as "Japanese steakhouses."

Anyone who has been to a traditional Japanese steakhouse knows that the show is as important as the food. Your chef might juggle utensils, flip a shrimp into his shirt pocket, catch an egg in his hat, flip shrimp into the diners' mouths, or arrange onion rings into fire-shooting volcanos.

The popularity of the trend has made it possible to bring teppanyaki technology home, where fun andamp; good food combine to make an backyard experience like no other. You may never be able to flip a shrimp into a guest's mouth, but the festive atmosphere and great food will always leave your guests wanting more! 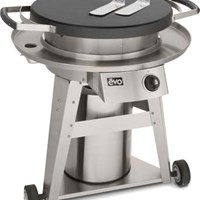 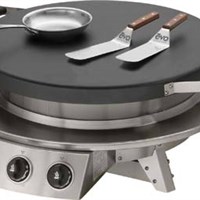 The Professional's 30" circular flattop cooking surface is heated underneath by two diffused burners. These burners provide a range of variable heat of between 225 to 700 degrees. 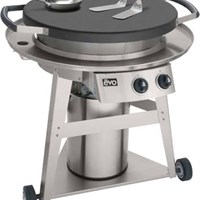 COASTROAD Hearth & Patio is a family owned and operated business.